Trust deficit has been a huge issue among Malaysians for decades. Despite the change in government twice in the last two years, nothing has changed in this deficit if what transpires in the social media is a yardstick. This appears to be the source of many negative reactions from a large section of Malaysians to what the authorities say and do.

Many of us must have thought that the Information Age and the advent of the widespread social media will help eliminate much of this trust deficit. However, as we see its impact globally, this has instead led to an age of massive disinformation. Personal and political agendas take top priority in dissemination of news and information, some of which are based on lies, treachery and manipulation of the mind.

Here in Malaysia, I believe much of this distrust started building up in the early 80s after Tun Dr Mahathir Mohamad took over as the fourth Prime Minister. His iron-fisted rule which led to the absolute control of the media and key institutions like the Judiciary and Government-linked companies led to a widening gap.

The questionable political wisdom practised by Dr Mahathir and Pakatan Harapan (PH) in giving excuses for not keeping many of the promises made during the GE14 campaign was so glaring that even their blind followers showed some disappointment. As a result of this and several high profile corruption cases involving politicians, most Malaysians found it extremely difficult to trust politicians, even if they were your friends. In other words, Dr Mahathir’s second watch widened this trust gap.

The nail on the coffin of political trust was hit when component parties and individuals in PH left the coalition in the name of saving Malaysia and formed an alliance with their past sworn enemies to form the new Perikatan Nasional (PN). There is a feeling that most Malaysians do not trust their politicians anymore, whichever divide they are on. 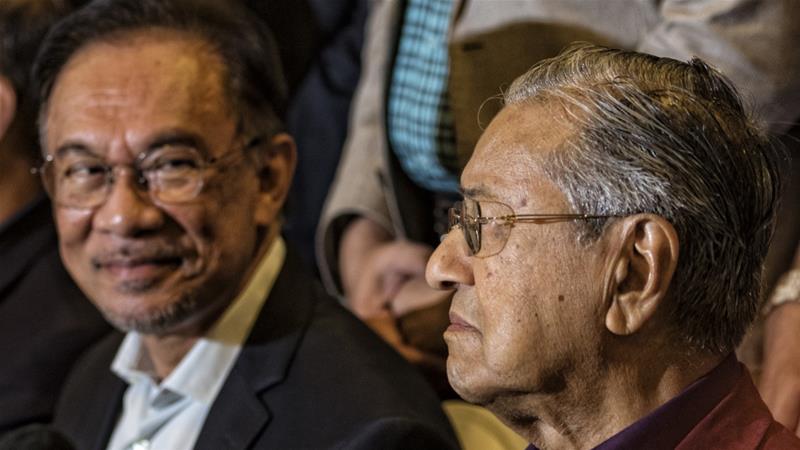 To be honest, the trust deficit is indeed high in most sphere of our lives. As far as governance is concerned, almost all institutions are under suspicion. Government agencies and departments, police, tax departments, local authorities seem to have lost much faith among the rakyat. Even some court decisions or prosecutions seem to be tainted with distrust although the reasons are as clear as daylight.

So when the PN government decided to appoint serving elected representatives as chairmen of Government-Linked Companies (GLCs), there was much hue and cry. The argument that these MPs had the right qualifications was not acceptable to many as it was so obvious that these positions were being dished out as political rewards blatantly.

A public statement by the PAS’s Datuk Takiyuddin Hassan, who is the minister in charge of law in the Prime Minister’s Department, that all 18 MPs from the party will be given government positions even before they were appointed indicated that their support for the ruling coalition is conditional. Power in Malaysia is determined by numbers, and in the current precarious equation, the government is bound to fall if any one coalition partner decides to pull out.

Then UMNO President Dato Seri Zahid Hamidi wrote a letter to Prime Minister Tan Sri Muhyiddin Yasin “requesting” that some of its MPs be appointed to these plush positions. Among them, it included a senior MP who is facing a corruption charge for allegedly siphoning funds from a GLC which he headed then.

To those politically savvy, these two statements can be construed as “trying to twist” the arms of Muhyiddin in an obvious political move. Coming at a time when the PM has to focus his energy and that of his Cabinet’s to fight COVID and get the country moving again, it is being very inconsiderate and desperate to say the least.

In a way, the Pakatan government should also be blamed for this trend because one of its major election promise was not to appoint politicians to head GLCs. Rally after rally they harped on this, openly naming the allegedly corrupt politicians who were helming the GLCs like Tabung Haji,  Felda and Felcra among others. But after being voted in, they wilfully reneged on it, giving excuses that reminded me of the flimsy and dishonest schoolkids in the 70s telling the prefects that they were late for school because of a puncture in their bicycle tyre!

Months after GE14, the Economic Affairs Minister then Datuk Seri Mohamed Azmin Ali, who is now a Senior Minister under PN rule after jumping ship, was the first to announce that Pakatan Harapan does not rule out appointing politicians with imperative expertise for the top positions in GLCs, but he maintained that appointments as political rewards would not be tolerated. Yeah, right.

The fact is most GLCs are cash-rich and also own huge prime land banks in many states, especially the Klang Valley. When politicians subservient to the ruling elites head these organisations, it is going to be pretty easy to work out deals that will benefit politicians and their cronies. If Malaysians cannot see this elephant in the room, we should consider ourselves blind.

Many including civil society leaders and prominent individuals who had openly backed Pakatan then protested but as usual, they were blithely ignored. In the process, even the appointment of those who were highly qualified and experienced in the respective industries were criticised. Many of the current ministers including the Prime Minister were part of the coalition that made that election promise which Pakatan failed to keep.

Of course you cannot blame Malaysians for this huge trust deficit which morphs some people into becoming social media monsters, even if some policies and appointments have merits. One of the important guidelines in good corporate governance is that the board of directors should be evaluated on the “fit and proper” criteria before they are appointed.

A major requirement in this criteria is that those appointed should not be politically connected or linked so as to protect the independence of the board from outside interference. Card carrying members of political parties should be barred from holding these positions.

Surprisingly, only the Socso Act 1969 happens to have this important clause. Section 59(F)(g) of this Act clearly says a person shall be disqualified from being a member of the Board if he has become a member of any legislature. I wonder how this all-important clause found its way into Socso but not other GLCs or government agencies.

Trust has always been one of the cornerstones of human civilisation. And I dare say it will always be. In all aspects of our life, trust is a major determinant. We come across this in the family unit, the neighbourhood, on the sporting field, or in the workplace. It may not be absolute but is based on prevailing situations, emotions and perception. Without trust there can be no relationship, institution or nation.

I had thought that out of this coronavirus pandemic will give birth to governments and institutions that will inspire trust but the political shenanigans that’s been going on despite the seriousness of COVID-19 seem to indicate that it may not be the case.

Politicians better remember that when the government loses public trust, the consequences can range from social protests to disobedience or even a wider conflict. The rakyat will be reduced to either trusting no one, or trusting only those they have ties with others based on ethnicity or religion. Some people will protest while others may vote for change but one group will migrate, resulting in a huge brain drain.

According to the Edelman Trust Barometer, trust in Malaysian institutions has risen from 48% in 2017 (before Mahathir was returned to power in elections in 2018) to 60% in 2019. The current government in Muhyiddin’s own words is not the government elected by the majority. In this context, it must aspire sincerely to inspire trust.  Actions that blatantly push for political, racial or religious supremacy at the expense of humanity in these institutions will make the nation end up as big losers when the dust settles.

GLCs constitute a significant part of the economic structure of the nation. They remain the main service providers to the nation in key strategic utilities and services including electricity, telecommunications, postal services, airlines, airports, public transport, water and sewerage, banking and financial services.

Naturally any loss of confidence or poor management of GLCs will result in a loss of trust which will pummel these institutions. Being the backbone of the nation, they should only appoint non-partisan professionals related to the respective institutions. Not any Tom, Dick or Harry.

The moment such plush positions are used to reward politicians in return for their support to stay in power like now, the wheels of destruction have been put in motion. I hope this will not result in the nation going down the slippery slope of distrust.